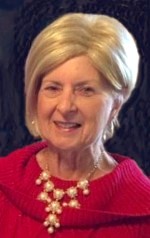 Mrs. Thompson worked as a telegraph operator for Western Union. She also worked in sales at Dollus Brothers and Famous Barr.  Mrs. Thompson served as president of the Mississippi Valley Chapter of the Muscular Dystrophy Association.  She spent 33 years volunteering for the Muscular Dystrophy Association telethon.  She also served 3 years as the chairwoman of Belleville Elks Ladies Committee.