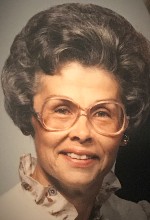 Print Obituary
Mary Louise Belz, nee Brennan, 97, beloved mother and wife, quietly went to be with our Lord on Monday, January 11, 2021, at the age of 97.  Born on August 19, 1923, in East St. Louis, Illinois, she was the daughter of the late William Francis Brennan and Mary Ann, nee Keeley, Brennan.

Mary Lou graduated from St. Teresa Academy. She was an active volunteer at St. Phillips Catholic Church and School for many years. She married the love of her life, Robert “Bob” Vincent Belz in June 1947, and lived in East St. Louis/ Belleville for many years.  They were married for 40 years, when her husband passed away suddenly on September 22, 1987.

In December 2005, Mary Lou moved to San Antonio, Texas to be with her son and his family. She enjoyed reading, traveling, relaxing by the pool, playing with the family dog, and spending time with her very active family. In October 2010, Mary Lou moved to Incarnate Word Retirement Community in San Antonio. She resided there until her passing.

Mary Louise was preceded in death by her parents; and her only brother, William, “Bill” Brennan in September, 2002.

In lieu of flowers, those who desire may make memorial contributions to the National Shrine of Our Lady of the Snows, 442 DeMazenod Drive, Belleville, IL 62223. Condolences may be expressed to the family online at www.rennerfh.com.

Funeral:  Mary Lou was deeply committed to her Catholic faith.  There will be a private family Rosary and Mass at St. Ann’s Catholic Church in San Antonio, with Father Larry Christian officiating on Wednesday, January 20, 2021. A memorial service will also be held at 10 a.m. Friday, January 22, 2021, at Mount Carmel Catholic Cemetery, Belleville, Illinois, where Mary Lou will be buried next to her beloved husband.

Due to COVID-19 restrictions, masks are required at all functions and at this time there will not be a reception following her interment.