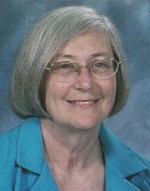 Mary spent more than four decades in education. She especially enjoyed preparing students for their First Reconciliation and First Communion sacraments. She was a member of St. Teresa Roman Catholic Church, where she volunteered as a lector and belonged to the Perpetual Help Society. Always one to give a hug and share the biggest smile, Mary had an immeasurable impact on the education of hundreds of students, sometimes even among multiple generations of families.

Mary loved spending time with her son, daughter-in-law, and grandchildren, as well as exploring the New York City area, where her daughter most recently lived. A sports fan, she enjoyed University of Kentucky Wildcats basketball and attending St. Louis Cardinals baseball games with friends and family. Mary enjoyed the simplicity of an afternoon finding a good book to read as well as the fun of an evening playing bunco with friends.

Mary was preceded in death by her father, Lamar Risinger; her mother, Elizabeth, nee Stansbury, Risinger; a sister, Nora Risinger; and a sister-in-law, Meg Sciarra.

In lieu of flowers, memorials may be made to Cardinals Care, the St. Louis Cardinals community foundation dedicated to improving the lives of children. Condolences may be expressed to the family online at www.rennerfh.com.

Visitation: With COVID-19 restrictions in place, a drive-by visitation will be held from 1 to 3 p.m. Thursday, Jan. 21, 2021, at St. Teresa Roman Catholic Church, Belleville, IL.

Funeral:  A private memorial Mass of Christian Burial will be held.

Celebrations of life will be held at later dates, both in the Belleville area and in Louisville, Ky.