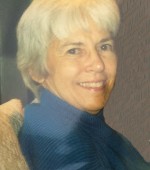 Mrs. Smith was a registered nurse at City Hospital, St. Louis, MO, and at Triad High School, Troy, IL, for 16 years. She was a piano teacher and an organist at St. Jerome’s Catholic Church in Troy, IL.  Mary was a member of Our Lady Queen of Peace Catholic Church in Belleville, a member of the St. Ann’s Alter Society, and was a volunteer at Queen of Peace Catholic Grade School.  A volunteer with Girl Scouts and Cub Scouts, Mary also volunteered at Memorial Hospital in Belleville.

Mary was preceded in death by her husband of 68 years, Richard, C. Smith Sr., whom she married on October 25, 1947 at St. Francis de Sales Catholic Church, St. Louis, MO, and who died on January 1, 2016; a daughter, Margaret Gillespie; her parents, Frank and Eleanor, nee Rapp, Fleischer; and two brothers-in-law, Louis Mitas and Thomas Smith.