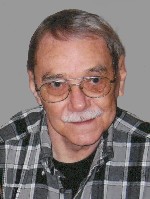 Mr. Martin retired from CBS and Viacom in St. Louis, MO.  A U.S. Air Force veteran, he was a member of the American Legion.

Memorials may be made to HSHS Home Care and Hospice Southern Illinois, 503 North Maple, Effingham, IL  62401.  Condolences may be expressed to the family online at www.rennerfh.com.

We send our condolences to the family of Nick Martin. We were truly sorry to hear of his passing. We met Nick in 1969 and had some fun times together when our families were young. We will miss him.

I worked with Nick at Ch. 4, and I must say, every project we worked on, was a pleasurable one. He was kind, very intelligent, just a ‘good guy’ to work with.My sincere condolences to the entire family.May GOD comfort all of you.

Our deepest sympathy to Patty and family. Nick was our neighbor for the past 30 years. What a great, caring guy, who was always looking out for us. Nick will be greatly missed but forever in our hearts. May you rest in peace.

I worked with Nick for several years before his retirement from KMOV-TV. He was a great guy and took the lead with our automated. Since he left I often wondered how he was enjoying retirement. He was a good guy and I am very sorry to hear of his passing. My thoughts and prayers are with his family and friends.

So sad to see you go, Nick. You will continue to live on in the hearts of those of us who love you.

Nick was so helpful when I started at KMOV, (KMOX) in 1985. I’ll always remember what he told me was his nightly ritual. “I always have my bowl of ice cream before bedtime.” May heaven have all the ice cream you can eat!