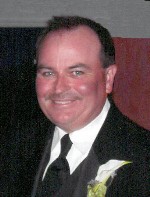 Mr. Adams was an independent flooring contractor.  Mike was an avid pool player who played in pool leagues around the area and was also a master storyteller.  He was a veteran of the United States Navy who served during the Vietnam War era, and while in the Navy, traveled all over the world.  Mike was a wonderful husband, father, brother, and son who loved time spent with family.

Mike was preceded in death by his father, Robert W. Adams; a son, Robert Jacob “Jake” Adams; and a sister-in-law, Melinda Adams.

Memorials may be made to an education fund for Alexandra and Charles in care of Debra Adams.  Condolences may be expressed to the family online at www.rennerfh.com.

Visitation:  Friends may visit with the family from 4 to 7 p.m. Wednesday, January 18, 2017, at George Renner & Sons Funeral Home, Belleville, IL. The family requests that visitors bring favorite pictures of Mike.

Funeral:  A celebration of life will be held at 7 p.m. Wednesday, January 18, 2017, at George Renner & Sons Funeral Home, Belleville, IL.

I’ve known Mike for many years and he was one of the good guys, always smiling and telling funny stories. He never judged me or anyone else even when we did stupid things. Was blessed to have known him. You will be missed Mike.

I am so sorry to hear about Mike. My thoughts and prayers are with all of you.