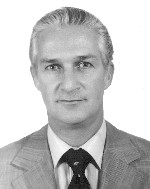 Michael was a petroleum engineer who worked abroad for many years before his retirement.  He loved spending time with family and friends and enjoyed playing golf. He was a member of St. Nicholas Catholic Church, O’Fallon, IL.

Michael was preceded in death by a son, Mathew Bertorello; his parents, Mike and Irene, nee Turgiliatto, Bertorello; and a brother, Thomas Bertorello.

Memorials may be made to the Covenant House, 2727 N. Kingshighway, St. Louis, MO 63113, or to St. Nicholas Catholic Church. Condolences may be expressed to the family online at www.rennerfh.com.