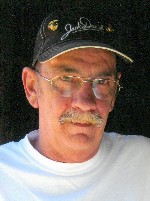 Mr. Beyer retired from Universal Air Filter Company, Sauget, IL, after 25 years of service.  He was a member of Belleville Swansea Moose Lodge 1221 and an avid St. Louis Cardinals fan.  Michael served his country for nine years in the U.S. Marine Corps.

Memorials may be made to Family Hospice.  Condolences may be expressed online at www.rennerfh.com.