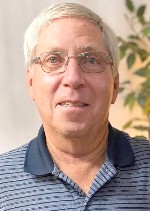 Mr. Burns worked as a supervisor at Mallinckrodt, St. Louis, MO, before retirement. He was a member of St. Augustine of Canterbury Catholic Church, Belleville, IL. Mr. Burns was an avid fisherman, enjoyed riding his bicycle, and was the #1 football fan for his grandson. He was a United States Army veteran.

The family would like to give special thanks to Shayla, Holley, and Mariah with Heartland Hospice.

Memorials may be made to Promedica / Heartland Hospice or St. Augustine of Canterbury Catholic Church, Belleville, IL. Condolences may be expressed to the family online at www.rennerfh.com.

Private burial will be at Jefferson Barracks National Cemetery, St. Louis, MO, at a later date.