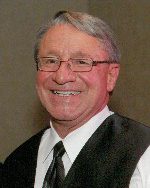 Mr. Cassady retired after 30 years as an IT manager with Mastercard World Wide. He was an amazing husband, father, father-in-law, PaPa, brother, brother-in-law, neighbor, co-worker, friend to many and stranger to none!

In lieu of flowers, memorials are preferred to a foundation near and dear to Mike and Jean’s heart; Eden’s Army, which benefits the patients and families of St. Louis Children’s Hospital. Donations can be arranged through George Renner & Sons Funeral Home, or checks may be mailed to Eden’s Army, P.O. Box 223, Belleville, IL, 62222, or visit www.edensarmy.org.  Condolences may be expressed to the family online at www.rennerfh.com.