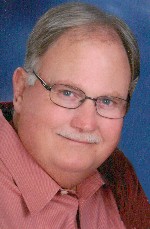 Michael worked as the Housing Director for the City of Belleville and later retired. After retirement, Mike and Jean took numerous trips and vacations together and loved spending time at the beach. Michael was a member of St. Paul United Church of Christ, Belleville/Swansea Moose Club, a former Elk, and the St. Clair Co. Anglers Association.

Mike, known to many as Big Mike was a friend to all and most importantly loved his family deeply.  Big Mike was the happiest with family working on projects which included building houses, garages, pouring concrete and helping with countless remodeling projects.  Many nights and weekends were spent helping family and friends. As the years passed, Mike became the “supervisor” and was always willing to share his insight and knowledge.  He also deeply enjoyed spending time at the ball diamond watching his kids play baseball and softball, hunting or fishing with his friends, son Brian or nephew Luke, or cooking a huge Sunday dinner for a crowd.  Mike didn’t know how to cook for a small group, he cooked from the heart, and it seemed the more people he cooked for the happier he was.  Some of his specialties included a large roast with his famous mashed potatoes for his grandson Drew, soups that would take all day to prepare, biscuits and gravy, helping his granddaughter Samantha, make sugar cookies and watching Hallmark movies (year-round!), and so many more. Mike was the happiest with his family, traveling with his wife Jean, reading books to his grandson Cooper, taking a ride around Belleville “checking up on things” with his brother Mark or just stopping by to visit family.  He had lifelong friends that got together often and relived old stories.  In his later years he developed many special friendships at St. Paul’s Senior Apartments.