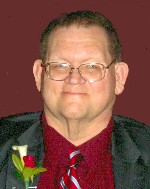 Mr. Kempfer had worked as a computer administrator for IBM for 10 years.  He was a member of First United Presbyterian Church, Belleville, IL.

Michael was preceded in death by his first wife, Dianna, nee McFarling, Kempfer, whom he married on September 12, 1987, and who died on June 8, 2010; and his father, Hugh S. Kempfer.

Memorials may be made to Belleville TEC (Teens Encounter Christ).  Condolences may be expressed online at www.rennerfh.com.

Linda, I am so sorry to hear of Mike’s passing. My daughter Melissa and myself have known Mike for many years through St. Mary’s Church, youth group, DYC and NCYC and other avenue’s. Him and Dianna were even our neighbors for awhile. RIP Mike. Love and will miss you.
Kim Venable.

I will miss this great man. Mike gave so much of himself to the CYO. I am extremely grateful for being part of his family. If there was ever a limit to how much someone could give of themselves, no one told Mike. At a very influential time in a person’s life he helped me form life long friendships with great people, the church, and God. Thank you for sharing so much.

We have many good memories of this kind, gentle man. We met Mike through the TEC program and had the pleasure of serving on the TEC board with him. He loved sharing his faith and his smile was contagious. Another Angel on earth went to spend eternal life in heaven. God Bless.