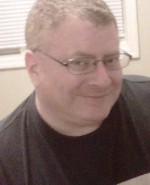 Mike worked in the lawn care industry for 17 years, specializing in treatment and maintenance of all kinds. He later worked as an operations manager at an ammonia hydrant plant for 7 years. He was a member of St. Jerome Catholic Church in Troy, IL. He enjoyed football and coached the Troy Titans football team. He was an avid St. Louis Cardinal Baseball and Blues Hockey fan. Mike was a member of the Perryville American Legion Boosters and was an incredibly giving person, volunteering time in the community, including fish fries at the local the VFW. His greatest passion was spending time with his family, especially his children and grandson.

He was preceded by his father, John Kiefer, Jr; his mother, Ruth, nee Pecaut, Kiefer; and a sister, Beverly Mrozek;

Burial will be at Lakeview Memorial Gardens, Fairview Heights, IL.