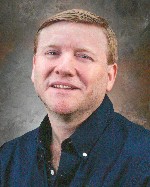 Print Obituary
On Saturday, July 17, 2021, Michael Frank Konradt, beloved brother and uncle, passed away at the age of 56.

Mike was born July 8, 1965, in Belleville, IL, to Stanley and Rita, nee Haas, Konradt. He was the seventh child of eight. Mike was a lifelong resident of Belleville, IL, and a parishioner of the Cathedral of St. Peter. For 38 years, he was a faithful employee at the Shrine of Our Lady of the Snows in Belleville, IL, where he held various positions.

He volunteered for more than 25 years with the Boy Scouts of America, receiving the Pelican Catholic Scout award. Most recently, Mike was the treasurer and committee chairperson for Cub Scout Pack #11. Mike was a cooking enthusiast and loved shopping for good deals. He enjoyed fishing and was an avid St. Louis Cardinals, Blues, and BattleHawks fan. He lit up our Christmas by playing Santa Claus.

Mike was preceded in death by his parents and brother-in-law, Terry D. Schaefer.

Funeral:  All services for Saturday, July 24, 2021, have been postponed. A memorial mass will be scheduled for a later date.