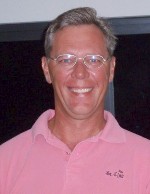 Mr. Nowak was a licensed attorney in Belleville for more than 30 years.  He earned a bachelors degree from Eastern Illinois University, Charleston, IL, in 1979 and graduated with a Juris Doctorate degree from Northern Illinois University, DeKalb, IL, in 1985. Mike was a member of both the Illinois and Missouri Bar Association.  He belonged to St. Teresa Catholic Church, Belleville, IL, and was a member of the Knights of Columbus.

Michael was preceded in death by his mother, Shirley, nee Sauget, Nowak.