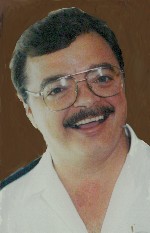 Mike was very proud of being a state qualifying wrestler while at Belleville East and an incredible wrestler at the University of Wisconsin-Madison.  Until an injury derailed him, he was an alternate on the U.S. Olympic team.  He was a loved brother-in-law, uncle, great uncle, cousin, and friend. Nothing was more important to Michael than his family.

Mike was preceded in death by his father, Jesse Reeder; and his stepfather, Dick Richardson.

In lieu of flowers, the family requests that memorial donations be made to the Chromalloy Kidney Center at Barnes Jewish Hospital, St. Louis, MO.  They have become a second family and took excellent care of him. Condolences may be expressed to the family online at www.rennerfh.com.