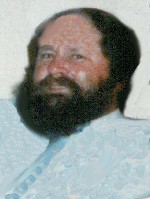 Mr. Wagner had a love for the land and worked as a groundskeeper and farmer. He was a U. S. Army veteran.

Michael was preceded in death by his parents, Raymond and Janette, nee Holle, Wagner; a brother, John Wagner; another brother in infancy, Joseph Wagner; and a sister, Diane Kraft.