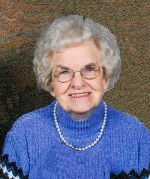 Mildred worked at Ludwig Music Store in downtown Belleville and at Famous Barr in Fairview Heights, IL before her retirement.  She was a Red Cross volunteer during World War II.  Mildred was a member of Zion Lutheran Church, Belleville, IL.

She was preceded in death by her husband of nearly 34 years, Charles G. Kieskalt, whom she married on September 6, 1947, and who died on March 18, 1982; a son, Charles J. (Anna) Kieskalt; her parents, William and Johanna, nee Hildebrand, Zehner; and four brothers, Willard, Raymond, Eugene, and Harold Zehner.