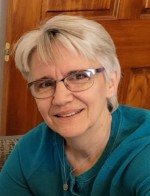 Mrs. Hummert was a very dedicated employee of U.S. Bank where she worked as a project manager. She held a bachelor’s degree in computer science from Southern Illinois University, Edwardsville, IL.

Nancy, along with her husband Joseph, operated their family farm. She enjoyed the outdoors, mowing her lawn and maintaining beautiful flower gardens, including family heirloom flowers, that were admired throughout the neighborhood. She loved spending time with her grandchildren and was a devoted member of Zion United Church of Christ, New Baden, IL.

She was preceded in death by her parents, Paul and Rose Mary, nee Dunkel, Summers; a brother, Bill (Mindy) Summers; and a sister, Barbie Summers.

A Celebration of Life will begin at 2 p.m. with a memorial service to be held at 2:30 p.m. Sunday, October 17, 2021, at Zion United Church of Christ, 414 West Hanover Street, New Baden, IL, 62265. Snacks and appetizers will follow immediately after in the church fellowship hall.

A Celebration of Life will also be held in Mount Carmel, IL, to be announced at a later date.