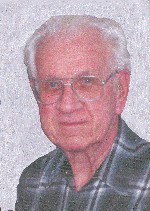 Mr. Scheibel was a life-long member of St. Luke Catholic Church, Belleville, IL. Neil jokingly said he was baptized in the “old church” which was replaced shortly thereafter.  He was active at St. Luke throughout his life as an altar server, Boy Scout troop leader, the soup-making crew, and founded the Tuesday Work Crew.  He was a United States Navy Veteran, serving in Okinawa during World War II.  He formerly worked at Southwestern Bell Company (AT&T) and volunteered in the Pioneer Shoppe after his retirement.

Memorials may be made to St. Luke Catholic Church, Belleville, IL.  Condolences may be expressed to the family online at www.rennerfh.com.