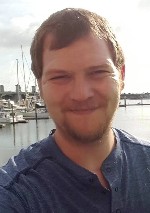 Nick was one of the most peaceful, loving souls around.  He loved photography and was a very giving person who was passionate about taking care of others. Nick could always be counted on if you were in trouble, needed a place to crash, or just needed a hug or a smile.

Nick was also an organ donor. Thanks to his generosity, people throughout the country have received his kidneys, eyes, tissue, skin, and his loving heart.

In lieu of flowers, memorials may be made to Donate Life America, the Belleville Area Humane Society, or to the Michael J. Fox Foundation. Condolences may be expressed to the family online at www.rennerfh.com.