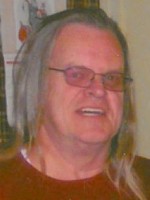 Mr. Abernathy worked for Bi-State Transit before his retirement. He enjoyed automobiles, especially his Cadillac’s and trucks. He was a member of the National Rifle Association and loved his guns and shooting. Noah enjoyed getting all dressed up in his suits and rings.

He is preceded in death by a son, Noah Abernathy III.; his parents, Jack and Hazel, nee Baker, Abernathy; a sister, Sheila DeShae Lamberson; a nephew, Phillip Watson; and a great-niece, Amber Watson.

Memorials may be made to the American Foundation for Suicide Prevention. Condolences may be expressed to the family online at www.rennerfh.com.