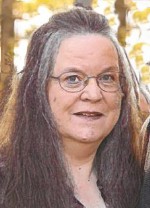 Patricia served in the United States Air Force. Patricia also worked as a computer security analyst up until she retired.

She was preceded in death by her parents, Lyle M. and Delma Dean, nee Atherton, Flint.

Memorials may be made to the American Parkinson’s Disease Association. Condolences may be expressed online at www.rennerfh.com.