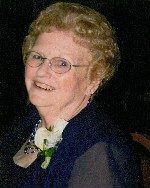 Mrs. Schanz was a wife, homemaker, and co-owner of M & S Fish Stand in Smithton, IL.  She worked at various banks in the area for more than 20 years.  Pat was a member of St. John the Baptist Catholic Church, Smithton, IL. She was an avid bingo player and an avid Cardinal Baseball fan. She particularly enjoyed time with friends and family and loved her grandchildren to the moon and back.

She was preceded in death by her first husband, William R. Bruno; her second husband, Lloyd R. Schanz; her parents, Daniel N. and Josephine, nee Nickleson, Clotfelter; and one brother, Daniel Clotfelter Jr.

Memorials may be made to St. John the Baptist Catholic Church, to HSHS Hospice, or to Siteman Cancer Center, St. Louis, MO.  Condolences may be expressed to the family online at www.rennerfh.com.