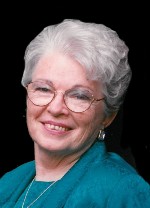 A native of Brownsville Texas, Pat was a long-time resident of Belleville and member of Our Lady Queen of Peace Catholic Church. One of seven children raised in Shreveport LA, Pat led a life of devotion to the Heavenly Father and Mother, remaining strong in her Catholic faith throughout her life. She attended St. Mary’s Dominican College in New Orleans LA. It was here she met the love of her life, husband Paul Whelan. Pat and Paul began a long and joyful life filled with faith, family, and friends. Pat graduated from the Aquinas Institute of Theology, Saint Lous University earning a Certificate in Corporate Ministry May 1990.  Pat was Director of Religious Education and ran the RCIA program at Queen of Peace and was on the Board of Directors for Catholic Social Services. She was a Eucharistic minister, a member of the Queen of Peace quilter’s club, PEO and Serra Club.  Pat was a supportive military wife to her husband Paul, raising her twelve children in ten different assignments during Paul’s military service. Pat was basically responsible for over 300 years of military services (we all know it is the spouse, mother, grandmother who sacrifices most). She was once dubbed, “Mother of Patriots-the ultimate Blue Star Mother”. Upon her husband’s retirement from military service, the family moved to an additional three locations as Paul pursued his academic profession. Beloved by her children, Pat raised her family to be devout in their Catholic faith, beginning with her first child born in 1950 to her twelfth child born in 1975. While Pat was known to let everyone know all ten of her boys were Angels, her pride was her two lovely daughters, born 21years apart. Pat was the most prolific athlete in the family as demonstrated on the ski slopes of Colorado and the German Alps, tackling the black diamond slopes with ease.  Her “hole-in-one”, unmatched by any of her children or grandchildren, has become legendary which resulted in the creation of the “Skipper-Cup”, a family challenge golf tournament that bears her nickname and has her as the inaugural champion. Pat moved into her living community at the National Shrine April 2014 quickly becoming the “Mayor” of the grounds and held that title until her passing.

To her grandchildren, Grandma Skipper was the model of what a woman, wife, mother, grandmother, and great-grandmother should be. She held her place as the family matriarch with dignity, affection, compassion, and the utmost understanding and tolerance. She had the ultimate patience for her many young descendants, but she was firm and steady in keeping the inevitable rowdiness under control. All of us remain forever awestruck by her lifelong composure and good humor through the multitudes of children and homes and friends and commitments that ceaselessly demanded her time and attention—and always lovingly received it. How?  How did she do it? We know and pray that she has now found her eternal peace.

Pat requested that in lieu of flowers, memorials can be made to Comunita Cenacolo America (Community) Jacksonville, FL, Marianites of Holy Cross, Covington LA or Jesuits USA Central and Southern Province, St. Louis MO, Our Lady Queen of Peace Catholic Church or another charity of your choice. Condolences may be expressed to the family online at www.rennerfh.com.

Funeral: A Mass of Christian Burial will be held promptly at 8:30 a.m. Tuesday, January 17, 2023, at Our Lady Queen of Peace Catholic Church, Belleville, IL, with Fr. Matthew Elie officiating.