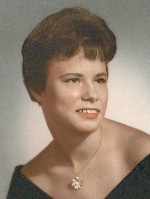 Surviving are her husband of 54 years, Michael D. Wilson, Sr., whom she married on July 3, 1965;
a son, Michael D. Wilson, Jr. of Festus, MO;
a daughter, Paula Rae Wilson of Belleville, IL;
her adoring grandchildren, Abigail and Samantha Wilson, who were the lights of her life;
a brother, Frank T. Walsh, Jr.;
and many dear nieces and nephews.

In lieu of flowers, memorials may be made to Hospice of Southern Illinois. Condolences may be expressed to the family online at www.rennerfh.com.

Visitation: Friends may visit with the family from 4 to 7 p.m. Sunday, December 22, 2019, at George Renner & Sons Funeral Home, Belleville, IL.