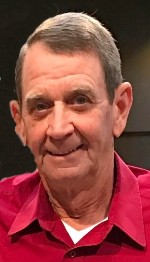 He was preceded in death by his parents, John C. “Jack” and Dolores M., nee Champ, Hagarty; one brother, Donald Hagarty; his sister-in-law, Paula Hagarty; and his mother-in-law, Patricia Stricker.

Memorials may be made to The ALS Association or to Heartland Hospice. Condolences may be expressed to the family online at www.rennerfh.com.