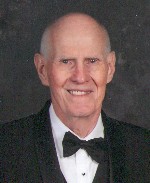 Paul was a 1949 graduate of Roosevelt High School. Paul was recruited to play football at the University of Missouri where he received his Bachelor and Masters degrees. While at Mizzou, Paul played for Coach Don Faurot, as a three-year starter at defensive tackle and kicker. In 1952, he was named All-Conference in the Big 7, Honorable Mention All American and Defensive Player of the Year by the St. Louis Quarterback Club. Paul was a graduate assistant for Coach Don Faurot, before serving two years in the U.S. Army as a 1st Lieutenant. He returned to the University of Missouri where he was a graduate assistant under Frank Broyles. While working toward his Masters degree, he played for the St. Louis Knights, a professional football club. Paul married Felicia “Chick” Milonski on August 19, 1956, in St. Louis, MO.

After graduation, Paul started teaching and coaching at East St. Louis Senior High School, where he was the defensive coordinator for the football team, assistant coach for track and head coach for the first, East St. Louis wrestling team. In 1966, he accepted the Head Football Coach position at Edwardsville High School, in Edwardsville, IL. During his tenure, he was the athletic director and taught history until his retirement. Paul and Felicia traveled extensively and enjoyed spending time with family.

Paul was preceded in death by his parents and his sister, Janet, nee Fuchs, Schwartz.