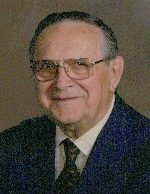 Print Obituary
Paul A. Rusnack, MD, of Belleville, IL, born January 1, 1933, in Trenton, NJ, died Monday, August 3, 2020, at Belleville Memorial Hospital of COVID pneumonia. He was the only child of Paul and Sophie Rafalowski Rusnack who preceded him in death. His father passed away when Paul was 13 years old. His mother’s goal was to provide him with an education.

He grew up in Trenton, NJ, attending Trenton Catholic High School, and then earned his undergraduate degree at St. Francis College in Loretto, PA. He received his medical degree from Saint Louis University in 1959. After completion of his four-year pathology residency program at Saint Louis University, he then served as Director of the 5th Army Medical Laboratory in St. Louis, MO. In 1966 he began his professional career as a certified clinical pathologist at St. Elizabeth’s Hospital in Belleville, IL, until retirement in 1998. He was a member of St. Henry’s Parish for 27 years. He was a member of the St. Clair County Medical Society, and a member of the Belleville Rotary Club. His cherished group of friends were his constant golf partners. When golf was no longer possible, he enjoyed the company of his card playing friends. He was an avid Cardinal baseball fan even before he moved to St. Louis and married the love of his life.

Memorials may be made to St. Francis College, Loretta, PA,  http://francis.edu/, the Smile Train, or to the Catholic Urban Programs, http://catholicurbanprograms.org/give/. Condolences may be expressed to the family online at www.rennerfh.com.

Funeral:  Funeral and burial will be private because of the COVID-19 RESTRICTIONS. There will be a future celebration of Paul’s Life when it is safe to gather.