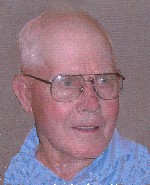 Mr. Schaefer was a farmer and also installed Pole Buildings for 15 years.  He was a member of St. Agatha Catholic Church, New Athens, IL, the Farm Bureau, the Knights of Columbus, and was a United States Army veteran.

Paul was preceded in death by his wife, Jo Ann, nee Hall, Schaefer, who died January 25, 1997; his parents, Adolph and Anna Schaefer; his brother, Lawrence Schaefer; and his sister, Theresia Schaefer.

Surviving are his good friends, Sue and Brandy Neuharth, both of Belleville, IL.

Memorials may be made to The Society of St. Vincent de Paul.  Condolences may be expressed to the family online at www.rennerfh.com.

Sue and Brandy, I was very sorry to hear of Paul’s passing. He was a very good guy and will be missed. Please except my sympathy. Sincerely, Mark Forcade