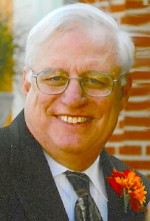 Paul worked for the Social Security Administration as a claims representative for over 35 years. He was a member of St. Mary and St. Augustine Catholic Church, Belleville, IL. Paul was a United States Army veteran who proudly served his country during the Vietnam War.

Paul was a devoted husband, father, and grandfather.  He was at his happiest when he was surrounded by his five granddaughters. It was not uncommon to see him playing on the floor with the girls or sitting patiently while he got a makeover! In his free time, P.J. enjoyed fishing at the Smithton Sportsman Club where he was a member for over 40 years.

He was preceded in death by a son, Paul J. “Paulie” Schmidt, III; and his parents, Paul J. Sr. and Minta, nee Faith, Schmidt.

Memorials may be made in the form of masses, to the Special Olympics, or to the Wounded Warrior Project. Condolences may be expressed to the family online at www.rennerfh.com.