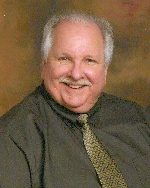 Mr. Wallace worked as a Process Engineer in the food and pharmaceutical industry before his “retirement” and spent the last several years as an independent Process Consultant. He never believed retirement meant you quit working, it meant he could work when he wanted. He loved riding his motorcycle (Harley-Davidson, of course) and traveling with his wife. He was very proud to have served his country in the U. S. Air Force as an Intercontinental Ballistic Missile Specialist. Paul was known for his unique sense of humor and was a well-respected man of great character, thoughtfulness, and integrity. He was an active member of Faith Baptist Church, Belleville, IL. Those who knew and loved him understood how much his conservative values, faith in God, and love for his family were the guiding factors in his life.

Paul was preceded in death by his parents, James W. and Pauline, nee Gillespie, Wallace; and one brother, James Wallace.

Memorials may be made to the American Cancer Society. Condolences may be expressed to the family online at www.rennerfh.com