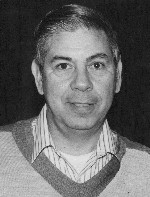 After high school graduation, Pete entered the U.S. Army and served as a cryptanalyst for the ASA.  After discharge, he attended the University of Texas at Austin, graduating in 1971 with a BA and MPA in professional accounting.  As a CPA, Pete traveled the world as an international auditor, retiring in 2012 from Energizer Battery.

Pete loved history and geography, and he took full advantage of the opportunity to explore the world while working in foreign countries.  Current affairs and being a fan of football and baseball completed his interests, making him an awesome trivia player.

He was preceded in death by his parents, Lorenzo Perez Sr. and Constancia, nee Lopez, Perez; and two sisters, Susanna Perez Majia and Ruby Perez, in infancy; and a brother-in-law, Pete Torres.

Memorials may be made to American Legion programs:  Operation Comfort Warriors for Illinois Veterans or Gifts to the Yanks.  Condolences may be expressed to the family online at www.rennerfh.com.

My condolences to Pete’s family, he taught me what I know about the American Legion. He was my mentor and a friend. RIP Pete

I considered Pete a great friend as well as a fellow legionnaire. After I was elected 5th Division Commander this year, Pete jumped right in and volunteered his time to assist me in making this a successful year. Pete loved the American Legion and his fellow veterans. Pete will be greatly missed. With regret we have to inform his family that we will not be able to make his funeral as we will be at National Convention. I know Pete would want that for us. Our thoughts and prayers will be with Pete’s family.

My sincere sympathies to Commander’s Pete Perez’s family.
His positive approach and attitude
to the tasks involved with the American Legion will always be one of his strengths that I will long remember. I am out of town and will be unable to attend the wake or funeral.

On behalf of American Legion Post 58 wish to pass on our condolences to Pete’s wife and family. He has mentored many Legion members to great success. Our Prayers are with you.

Belleville VFW Post 1739 and I would like to give our condolence to your family Pete. We thank you and your family for yours and their service to our country and your support of our veterans.

Carol and Alyx we are greatly saddened by the news of Pete’s passing. He was a “man of mystery” to us with all of his travels and experiences. Though our interactions were limited,, they were pleasant and often enlightening. It was always clear that he was loved and admired by the two people who knew him so well. We are very sorry for your loss.