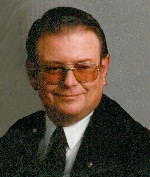 Mr. Ohlendorf was a project engineer for the Nooter Corporation, St. Louis, MO, before his retirement.  He was a U.S. Air Force veteran and was a member of the American Legion Post, Freeburg, IL.

He was preceded in death by his son, Matthew Ohlendorf; his parents, Phillip B. and Louise, nee Mueller, Ohlendorf; and his father-in-law, Harry Gravlin.

Memorials may be made to the American Diabetes Association.  Condolences may be expressed to the family online at www.rennerfh.com.

My deepest sympathy to the family on Philip’s passing. You all are in my thoughts and prayers.
Amy Beyer-Wound care nurse