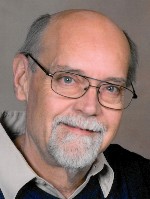 Phil worked as a carpet installer with his dad for many years. He went back to college and earned his associates degree in computer-aided drafting and then worked for Monsanto/Abengoa up until retirement. He was an active member of St. Mary’s School in Belleville, IL, then became an active member of St. Augustine’s in Belleville. Phil was very committed to his Catholic faith. He was also a St. Mary’s School board member and involved with St. Mary’s Athletic Club. He enjoyed being a Khoury League manager for both his son’s baseball team for over ten years.

Phil was a warrior to his family. He suffered for many years and fought the good fight. Papa loved his grandchildren more than life. He was an avid St. Louis Cardinals baseball fan.

He was preceded in death by his parents, Robert H. and Lucille B. “Dolly”, nee Sudholt, Raish; his brother, Gary Raish; and his father-in-law, Robert Cook.

Memorials may be made to St. Augustine of Canterbury Church or to the Siteman Cancer Center.  Condolences may be expressed to the family online at www.rennerfh.com.