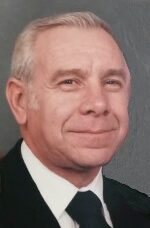 Mr. Franke retired as a clerk with the United States Post Office. Ralph was a member of the American Postal Workers Union, the Belleville Swansea Moose Lodge 1221, and Catholic Knights and Ladies of Illinois.  He was a parishoner of St. Peter’s Cathedral, Belleville, IL.

He was preceded in death by his wife, of 45 years,  Arlette, nee Wylie, Franke, who died May, 8, 2017; his parents, Charles and Clara Franke; a brother, Charles Franke; a sister, Dorothy Becherer; and his grandson, Jonathan Wylie.

The family would like to give a special thanks to staff at Bradford Place Assisted Living, to Vitas Hospice, and Tracy and Inez at Southwestern Illinois VNA.

In lieu of flowers, memorials may be made to Backstoppers.  Condolences may be expressed to the family online at www.rennerfh.com.