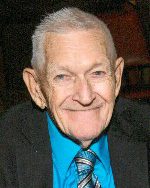 Mr. Luechtefeld was a mail clerk for the United States Postal Service for 30 years before his retirement in 1984.  He was also a part-time farmer and a member of the St. Clair County Farm Bureau.  A devoted husband, father, and grandfather, he loved to travel and spend time with his family. Ralph was a U.S. Army Korean War veteran.

Memorials may be made to Our Lady of Victory Missionary Sisters, to the Adorers of the Blood of Christ, to the Greater St. Louis Honor Flight, or in the form of masses.  Condolences may be expressed to the family online at www.rennerfh.com.