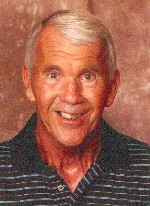 Mr. Lugge retired from the gas engineering department of Ameren Illinois. He enjoyed athletics with a special fondness for softball. Ralph coached softball and baseball at various levels for Khoury League. He was best known for coaching softball at O’Fallon High School and then at Salem Community High School.

After retiring from coaching, he enjoyed watching his grandchildren play in various athletics. He also enjoyed his Tuesdays at Fairmount Park. Throughout his many battles with illness, he stayed devoted to his family.

Ralph was preceded in death by his parents, Richard E. and LaVern, nee Lashley, Lugge; a brother, Richard W. Lugge; and a sister, Patricia (Joe) Johnson.