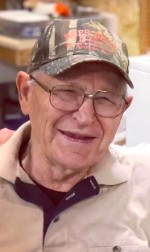 In lieu of flowers, memorials may be made to Shriners Hospital for Children. Condolences may be expressed to the family online at www.rennerfh.com.

Cremation services were held and a private family burial will be at a later date.