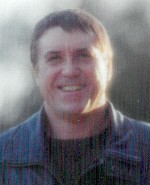 Randal was not only an avid photographer, but an enthusiast of all things related to photography. He has been a member of multiple camera clubs in the St. Louis area, including the Collinsville Area Camera Club.  He also enjoyed biking, reading and collecting record albums.

He was preceded in death by his parents, Wilmer and Marian, nee Koehler, Bender.

In lieu of flowers, memorials may be made to the American Heart Association. Condolences may be expressed to the family online at www.rennerfh.com.

Visitation:  Friends may visit with the family from 4 to 8 p.m. Wednesday, December 13, 2017, at George Renner & Sons Funeral Home, Belleville, IL.

Private family burial will be held at Walnut Hill Cemetery.