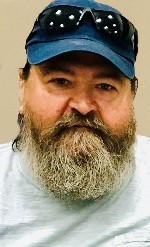 He was preceded in death by a son, Daniel J. Klotz; his father, Virgil Klotz; and a brother, Ronald Klotz.