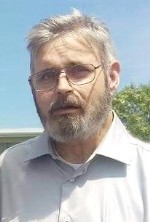 He was preceded in death by his father, Joseph Maurice Jackson.

Memorials may be made to Shriners Hospitals for Children. Condolences may be expressed to the family online at www.rennerfh.com.

Visitation:  Friends may visit from 5 to 7 p.m. Thursday, October 7, 2021, at George Renner & Sons Funeral Home, Belleville, IL.  Standard CDC guidelines will be followed, including masks and social distancing. Military honors will be rendered at 7 p.m. Thursday at the funeral home.