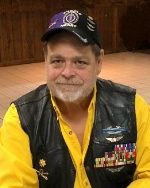 Ray was a highly decorated combat Vietnam Veteran and Cobra Pilot, serving in the United States Army in Vietnam, the Illinois National Guard Reserves, and served a short stent in the Marines.  He was retired from the National Geo-Spatial Intelligence Agency, St. Louis, MO.  Ray also volunteered for various veterans’ groups in the St. Louis Metro area, was a member of the American Legion, Waynesville, IL, and the St. Louis Area Veteran’s Consortium.

He was preceded in death by his one son, Shane Fish of Pontiac, IL; his parents, Paul and Naomi, nee Vail, Fish, of Waynesville, IL; and a brother, Lee Fish of Ohio.

In lieu of flowers, memorials may be made to the family. Condolences may be expressed to the family online at www.rennerfh.com.