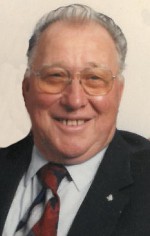 Mr. Dahm was the manager of Citizens Park and Belleville Parks & Recreation before his retirement and in previous years had worked as an operating engineer and belonged to Operating Engineers Local #520. He was a board member of Citizen’s Park for over 37 years and was a life member of Belleville Little Devils Football.

He is preceded in death by his parents, Julius and Selma, nee Keck, Dahm; a sister, Katheryn Dahm; and a brother, John Dahm.

The family wishes to express gratitude to the staffs of Hospice of Southern Illinois and Mercy Rehab and Care Center, Swansea, IL.

Burial will be held at Valhalla Gardens of Memory, Belleville, IL.