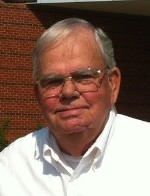 Raymond retired in 2003 from Wagner Motor Car Company in Belleville, IL where he was the New Car Sales Manager.  He enjoyed hunting, Nascar racing and spending time with his children and grandchildren.  He will be greatly missed by his many friends.

Visitation:  Friends may visit with the family from 4 to 8 p.m. Tuesday, January 2, 2018, at George Renner & Sons Funeral Home, Belleville, IL.