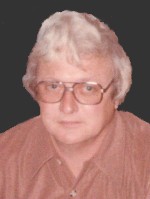 Mr. Hohe retired from Illinois American Water Company, where he had worked for 24 years (1973-1997).  He had previously worked for Walworth Valve Company, East St. Louis, IL.  He was a member of St. Peter’s Cathedral Parish, Belleville, IL, and an avid St. Louis Cardinals baseball fan.  Ray was a devoted husband, father, and grandfather.

He was preceded in death by his wife, Joyce, nee Keller, Hohe, who died on October 7, 1994; his parents, Arnold and Gertrude, nee Marshall, Hohe; three brothers, Arnold, William, and John Hohe; and a sister, Betty Culpepper.

In lieu of flowers, the family requests donations to UMDF (the United Mitochondrial Disease Foundation).  Condolences may be expressed to the family online at www.rennerfh.com.

Funeral:  A Memorial Mass will be offered at 11 a.m. Saturday, May 16, 2015, at St. Augustine of Canterbury Catholic Church, Belleville, IL, with Father Robert Flannery officiating.

My deepest sympathies for the Hohe family. I always thought Ray was a “good ole boy”