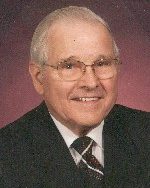 Mr. Schilling was an agent for Allstate Insurance Company for 29 years.  He was a member of both St. Peter’s Cathedral and St. Paul United Church of Christ, where he served as an usher at both churches.  He was an honorary member of the St. Paul quilters group and served on the OSP Bulletin Committee, the Fine Arts Group, and the Fireside Club at the church.  Raymond was the president of the Sears Retirees Club.

Raymond was known for the smile on his face and the kind word he had for anyone he met.  He knew no stranger, was a friend to all, and will surely be missed.

Memorials may be made to the St. Paul’s Fine Arts Fund.  Condolences may be expressed to the family online at www.rennerfh.com.