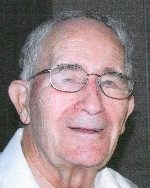 Mr. Vallowe retired after 30 years as a fabricator from Wagner Electric Company.  He worked at Scott Air Force Base for 13 years as a civilian employee.  Raymond was a founding parishioner of St. Augustine of Canterbury Catholic Church in Belleville, IL.

Mr. Vallowe served in the United States Army from 1947 to 1952, seeing occupation duty in Japan and combat in the Korean War.  He served in the First Cavalry Division in Japan and then was a corporal and radio operator in the 57th Field Artillery Battalion, Headquarters Battery, 7th Infantry Division.  He was awarded the Purple Heart for shrapnel and missile wounds and suffered severe frostbite to his hands and feet that affected him the rest of his life, at the Battle of the Chosin Reservoir in northern Korea in November and December of 1950.  Mr. Vallowe subsequently wrote about his experiences and analyzed the battle in What History Failed to Record:  A Phantom Force—Lost to History, available on The Korean War Educator website at www.koreanwar.org/html/bookstore_book.html?bookstore_id=344 .

His work led to being interviewed for and appearing in the PBS American Experience Documentary The Battle of Chosin, which aired in November 2016.  In May 2017, Mr. Vallowe also received from the Korean Ambassador to the United States the Ambassador for Peace medal on behalf of a grateful Republic of South Korea.  As a result of his research, Mr. Vallowe has provided new and previously unavailable information to comrades in arms and their survivors about this critical battle in America’s ”Forgotten War.”  He lived long enough to see Cpl. W. Eldon Ervin, who died alongside him in the battle, returned home for burial in Oklahoma more than 60 years after the Frozen Chosin, and was able to attend and eulogize his best friend.

In lieu of other gifts, memorials may be made to the Memorial Hospital Foundation or to Hospice of Southern Illinois.  Condolences may be expressed to the family online at www.rennerfh.com.

Burial with military honors will be at Mount Carmel Catholic Cemetery, Belleville, IL.