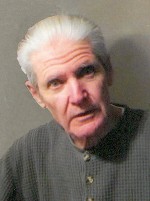 Mr. Bloomfield enlisted in the U.S. Air Force and later became an officer, working in the personnel department.  He held a bachelor’s degree in art and after retirement, he enjoyed painting and photography.  He met his loving wife Ella in London and together they enjoyed traveling to many places worldwide with the Air Force.  Richard enjoyed exercising, his daily walks, and also had an interest in sports cars.

He was preceded in death by his parents, Sidney A. and Catherine G., nee Murphey, Bloomfield.

Surviving are his wife of 49 years, Ella, nee Boerresen, Bloomfield, whom he married on June 24, 1967;
a son, Thor (Michele) Bloomfield of Boiling Springs, SC;
a daughter, Anne Bloomfield of Georgetown, IN;
four grandchildren, Emily, Connor,
Devin, and Blaine;
and a brother, Michael Bloomfield of Ephrata, PA.

Private family burial of cremains will be at Arlington National Cemetery, Washington DC, at a later date.