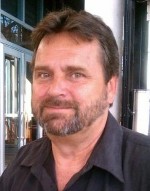 He was preceded in death by his father, Roger Willis Caldwell; and his sister Cheryl Paridon.

Special thanks are extended to nephews Barry Cannaday and Brandon (Ann) Cannaday for their care and concern for Richard.